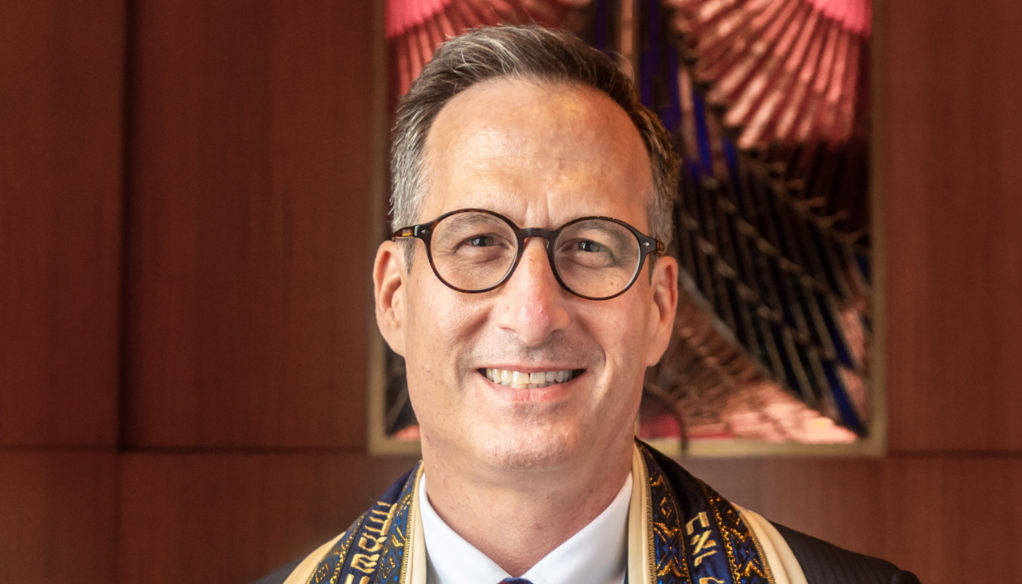 Generations of young people have been taught the meaning of the Hebrew value, “Tikkun Olam,” literally, to repair the world. They have given tzedakah (donations of coins and dollar bills), collected food and clothing for underserved populations, and participated in various social action and bar/bat mitzvah projects. Then this generation of youths grew up and observed that the world they were helping wasn’t closer to being repaired. In some ways, the world became more desperate. They weren’t disillusioned by their lack of success, and they weren’t fooled by their mentors or rabbis, but they were made wiser by what they learned about the world around them and how real change can happen.

Our inspiration and theirs begins in Torah (Exodus 25), where we’re told, “Take from all those whose hearts are moved…” and learn from commentaries that even one person whose heart is sufficiently moved can complete the task of building the Tabernacle. The Hebrew word for such a person whose heart is moved is, today, the modern Hebrew word for the volunteer. A person who gives freely and without compensation is a volunteer, and the one who regularly models the role for others has what is known as the volunteer spirit. Though Torah lauds such an individual, the commentaries regard it only as an ideal. Better, we learn, is for the entire community to feel that everyone has something to offer for the work that needs to be done. In Exodus, the goal is to build a “Mishkan,” as we read, “Build me a sanctuary that I may dwell among you” (Exodus 25).

That sanctuary, surrounded by a sacred community, represents the expectation that in a community guided by God’s commandments (mitzvot) everyone there will thrive and enjoy prosperity and peace. But from the Torah to the Hebrew prophets, the struggle for the ideals seemed farther to reach than ever, and calls to adhere to God’s laws often fell on deaf ears. From then until now, the ideals remain the same, but our goal to accomplish them grows more difficult and seemingly farther away. In our complex world, supply and demand can affect the number of resources that are available to a hungrier world. Limited access, either real or artificial, compounds the struggle and the need. Equity, and not just equality, helps us understand the challenges and how we can try again to resolve them.

We often begin by speaking about giving charity, but “charity” is a word that doesn’t exist in Hebrew. It isn’t a Jewish value. At its root, charity comes from the Latin, to give from love. In Christianity, love and God are equated. To give from love is to emulate God. Judaism doesn’t disqualify a gift that’s given from love, but it doesn’t wait for God-like love. Judaism’s word is the Hebrew word, “tzedakah,” and it means justice. In places where there is hunger, homelessness, and poverty, there is no justice. Our acts of tzedakah make people whole by repairing the injustices in their lives. Tzedakah might be given with love or even in anonymity, as Maimonides taught in the 12th century, but the people who need relief can’t wait. They needed it yesterday, not tomorrow.

In the New Year, we have to begin again to accomplish the goals that have long been at the heart of our Jewish effort to transform the world from what it is into the world that it ought to be. The Jewish Effective Giving Initiative, a project of the World Union for Progressive Judaism, was created “to inspire rabbis and Jewish leaders [new and familiar], to save lives by introducing their communities to effective giving.” The initiative relies on rigorous research and the best available data to ensure that donations and support go to organizations that are “extremely efficient at saving and substantially improving lives around the world.” The project points out that while there are hundreds of thousands of charities in the world, there are a select few that can, with a large degree of certainty, save a life and prevent many cases of severe illness, mostly among children, for around $3,000-5,000.

The Jewish Effective Giving initiative is an opportunity to spark this generation’s interest by scaling their efforts to reach larger goals without failing to get the work done. We shouldn’t stop making a difference locally, but there’s an opportunity to demonstrate to young and old, alike, that joining congregational and organizational efforts can reach new levels of effectiveness. Imagine what we can do together with the over 30 other congregations that have already joined this effort and pledged to save a life this year.

Imagine the multiplication factor over 30 congregations (and counting) that link young people and their families together. Engaging young people in a project that isn’t only close to home, but also global and in partnership with other Jewish friends, would appeal to the way they’re already experiencing the world. For them, the boundary of their world begins and ends online and on social media. On any given day, they’ve been across the world and back, they’ve played video games with friends in foreign countries, and they’ve searched for information that takes only the right search word and a nanosecond to retrieve. Joining their access to the world and our Jewish need to make a difference joins two forces for good. Together, we can scale the power of a single mitzvah.

When we join our Jewish values with modern opportunities, we reveal Judaism’s enduring purpose and relevance. Jewish Effective Giving provides the ways and the means to lift up our obligation to respond to the Mitzvah and to make a difference in the part of world we can touch. Today, we can touch the world where we live and where technology can take us. Where should we go together?