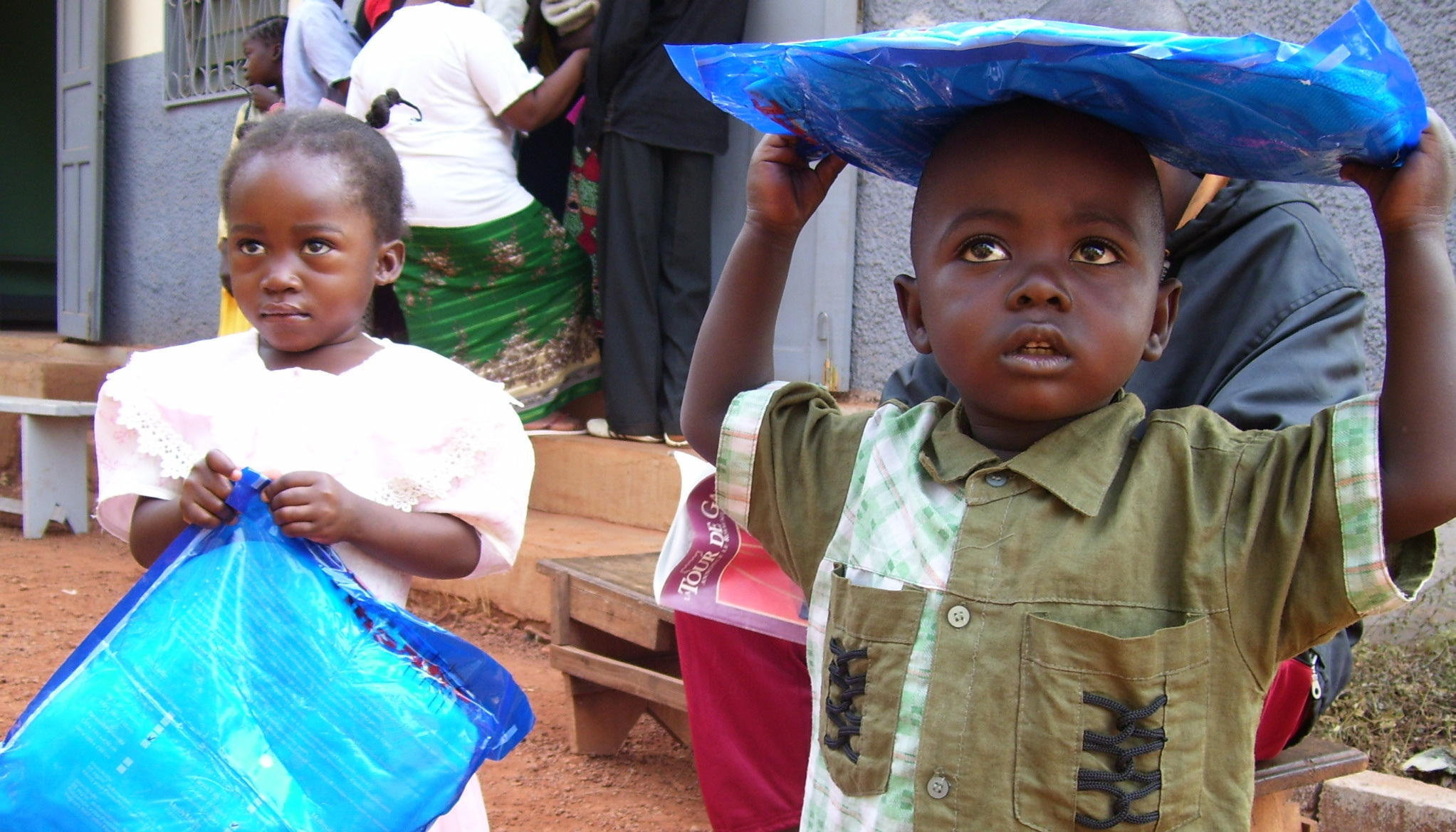 Photo courtesy of the Against Malaria Foundation
By Adam Azari

When I introduce the initiative to people, one of the first points I mention is that the world’s most effective charities working in the developing world can save a life for between $3,500-5,500 and prevent many cases of serious illness for the same sum.

Now, naturally, ‘saving a life’ is the part of the sentence that resonates the most, and building our project around the simple, communicative idea of ‘pledging to save a life’ made sense on many levels.

But in this post I’d like to focus on the second part of the statement—the prevention of many cases of serious illness. Trying to understand (or at least trying to imagine) what this means would, I believe, give the rabbis, congregations, and donors involved in the project a better appreciation of what they are achieving by their participation.

I will use the Against Malaria Foundation (AMF) as an example.

According to AMF, every ~600 hundred nets distributed can prevent between 500-1000 cases of malaria, which would have resulted in one death (and around 80% of the victims of malaria are children under 5). While according to GiveWell's recent estimates it takes closer to 1100 nets (and a donation of about $5,500) to save a life, the basic idea is quite clear: a few thousand dollars can buy enough nets to save a life and prevent hundreds of cases of malaria.

I have to admit that for quite a while this impressive fact—and the concept of ‘a case of malaria prevented’—remained somewhat abstract to me.

I had long ago read about the symptoms of malaria—fever, headaches, and chills that can progress, if left untreated to anemia, pulmonary edema, brain complications, coma, and death. But not until recently did I feel the need to try to get my head around what that actually means on an experiential, human level—the fact that this is an easily preventable, life-threatening disease that kills hundreds of thousands of children under 5 every year was all I needed to know to feel obliged to take action.

Heading this project—rewarding as it is—often leaves me frustrated when I’m confronted with how little urgency there seems to be all around us about preventing the most easily preventable deaths of children. They—the people whose death and suffering we can actually do something about in the most immediate, impactful way—never make the news cycle, and so they are almost never even a secondary (or tertiary) priority, even among people genuinely dedicated to social justice. They are off the grid and thus, somehow, are not part of our discussions about systemic racism, inequality, and ethical responsibility.

This is, of course, something I’ve known for quite a while, but only lately did I realize that helping people vividly understand the kind of suffering that needs to be prevented—and creating a sense of urgency—is part of my job.

So how do you explain what a malaria health scare is?

The first is an account from the CDC’s Faces Of Malaria project, which tells about the experiences of Americans who have contracted malaria.

The first of these accounts is that of Joe and Julia Donzelli, a father and daughter who contracted malaria during their vacation in the Dominican Republic. Two weeks after their vacation, both Joe and his daughter developed fever and body aches: “he felt like someone was hitting his body with a sledge hammer, and she suffered with severe back pain and chills.”

Joe’s uncomplicated case of malaria still made him lose 15 pounds, and it would take months for him to get back to full health. Julia “went into full pulmonary (lung) failure. She immediately had a breathing tube inserted and [was] helicoptered to the children’s hospital.” She had fluid in her lungs, she had critically low blood cell counts, her liver was showing signs of injury, and her kidneys were not functioning normally.

Eventually, their story ended well, but if this is what cases of malaria that receive timely, first-world medical attention look like, it’s heartbreaking to imagine the countless untreated cases of malaria people have to deal with every day around the world. Realizing that the average Jewish family can prevent hundreds of such cases without much effort is, to me, a haunting thought.

In case you would like a more direct visual representation of what being a concerned parent to a young child with malaria looks like, you can take a look at the relieved parents of an adorable girl named Precious at the 4:45 minute mark of this clip.

The love you see on these parents’ faces is yet another example of what one uncomplicated, treated case of malaria looks like. (On a personal note, I'll admit that having a girl at a similar age, whose favorite dress looks just like the one Precious is wearing, makes this particular case resonate even more with me.) Understanding that most of us could prevent, every year, hundreds of parents just like these from having the worst week of their lives is a thought that is as disturbing as it is inspiring.

At the 18:00 minute mark of the same clip—which is not for the faint of heart—you can see what a gruelling, dramatic night in which a baby’s life is at risk looks like. Once again, decent people praying for the best as they hold their child, whose ordeal could have been prevented with a $5 malaria net. Donating money to charities that focus on preventive interventions can sometimes feel impersonal—another thing you quietly do at your computer—but make no mistake, the fear and anguish they prevent are very, very real.

The last link I will share here comes with a warning and is not for everyone. This short clip contains some horrible images and stories that show what it’s like to be a doctor treating children with critical cases of malaria at an emergency ward in Sierra Leone.

I have reservations about sharing something this strong, but if you believe that a short glimpse at the extent of suffering that can easily be prevented might prompt you into additional action, I recommend that you do so. My reasoning here is that none of us would feel quite the same about the Holocaust, slavery, or the struggle for Civil Rights if we weren’t at some point exposed to some difficult imagery. Part of me feels that this is too much, but another part of me feels that it may be necessary.

I’d like to end with a few words on what all this means in the context of your congregation and its participation in this initiative.

If you have decided to save a life with your congregation this year, several critical cases of illness and a whole lot of human suffering will be prevented as a result. That’s a beautiful thing.

Another way of envisioning your impact is that, by joining the group of ‘life-saving congregations,’ whichever of the four top GiveWell charities you decide to focus on, you would, besides saving a life, be preventing serious health scares/complications and deeply unpleasant experiences for every month of the year (and inspiring others to do the same).

We can all, always, do more, of course; but what continues to amaze me is just how much can be done with relatively very little effort.

So many members of an average Jewish congregation could each, over time, save several lives and prevent the real-life suffering of thousands, and the crazy thing is that they could do so without any special effort or sacrifice. It is my deep conviction that understanding this simple point and acting on it would also change their own lives for the better—as good old Hillel said, “the more charity, the more peace” (and I would add, in this context, that the more genuinely impactful the charity, the more substantial the peace it brings).

Conveying this idea to as many Jews, and to as many people, as we can is this project's task, challenge, and profound privilege.